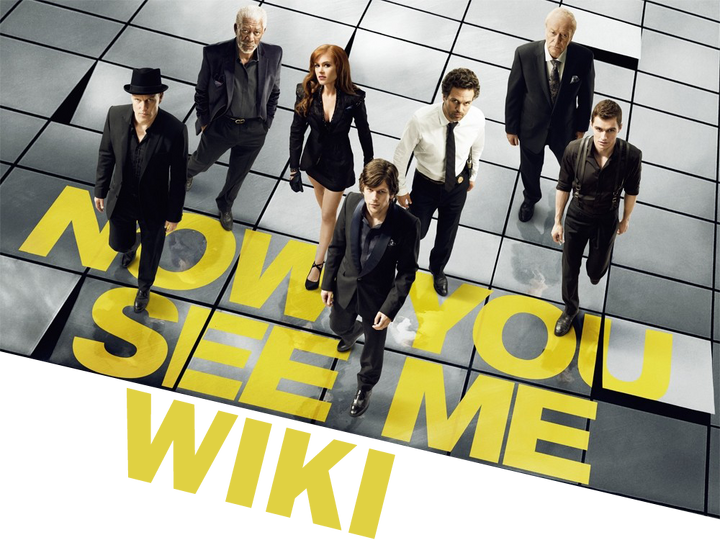 The film is about charismatic magician J. Daniel Atlas (Jesse Eisenberg), who leads a team of talented illusionists called the Four Horsemen. Atlas and his comrades mesmerize audiences with a pair of amazing magic shows that drain the bank accounts of the corrupt and funnel the money to audience members. A federal agent (Mark Ruffalo) and an Interpol detective (Mélanie Laurent) intend to rein in the Horsemen before their next caper, and they turn to Thaddeus (Morgan Freeman), a famous debunker, for help.

Retrieved from "https://now-you-see-me.fandom.com/wiki/Now_You_See_Me_Wiki?oldid=4159"
Community content is available under CC-BY-SA unless otherwise noted.